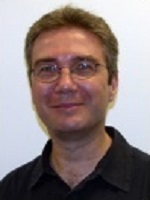 Chairman of the Board
Mark Trayer - Samsung

Mark Trayer is a Sr. Principal Engineer at Samsung Research America, part of the global Samsung Research team. Mark has been part of Samsung since 2005, working across a diverse set of technologies, from Core Network VoIP systems, multi-room content sharing, to the Smart Grid and residential Smart Energy, and subsequently IoT.
Mark has been an active contributor in his time at Samsung to PacketCable, OpenCable Home Networking, AHAM, the Smart Grid Interoperability Panel (SGIP), CABA (formerly on the BoD), Thread (formerly on the BoD), and has been involved with OCF since 2014 (as part of the original OIC). Mark is also  the author and co-author of a number of papers primarily focusing on Smart Energy that have been published in IEEE Transactions on Smart Grid and IEEE GreenCom.
Prior to joining Samsung, Mark spent 16 years working for the Nortel in both the UK and the US; primarily targeting Carrier Grade voice and multimedia core network technologies. 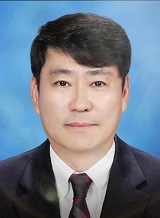 Dr. John Joonho Park has worked in the global ICT industry for over twenty-nine years. As a Senior Vice President at Samsung Electronics, he was responsible for the standards and technology enabling team, in which he headed Samsung’s IoT Task Force to globalize its IoT business, as well as established 5G development and strategy, led government affairs activities to resolve regulatory issues for Samsung smartphones and TVs, and built public relationships with several international government bodies. During his time at Samsung he was also head of Global Sales and Marketing for the Networks Business. He has previously served as a member of the Board of Directors within numerous alliances including WiFi, OMA, and WiMAX. Prior to his tenure at Samsung, he held research and development roles at Bell Labs of Lucent Technologies, Bell Communications Research, and IBM. Before joining OCF, he also served as a professor teaching courses on IoT technologies and ventures at Pohang University of Science and Technology (Postech). 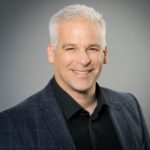 Brian Scriber is a Distinguished Technologist at CableLabs and the Vice President of Security Technology. Brian works with wired and wireless networking leaders on security strategy and implementation using advanced technologies and techniques including PKI, blockchains, encryption, and differential privacy.Brian holds a B.S.E in Computer Engineering (University of Michigan) a M.S. in Computer Science (University of Colorado), and an M.B.A. in Technical Strategy (University of Colorado). From 2015 through 2019, Brian was the chair of the Security Working Group here at the Open Connectivity Foundation. Brian brings his extensive experience in software, security, and cryptographic governance to both economic and technical analysis activities.Brian’s background includes technical and executive leadership roles creating and protecting strategic network communications at companies including Lockheed Martin, Sun Microsystems; protecting financial information and transactions in the financial sector as well as protecting privacy and portability of personal information with companies in the healthcare and insurance markets. 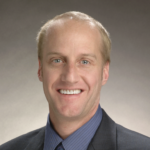 Judson Cary is Vice President & Deputy General Counsel at CableLabs, a non-profit research and development organization owned by the global cable industry.  Prior to becoming a lawyer, Mr. Cary worked as an engineer in the Artificial Intelligence Group of U S WEST (now CenturyLink).  He has a Bachelor of Science degree in Applied Math and Computer Science, and Masters in Engineering, both from the University of Colorado at Boulder.  After law school (Santa Clara University, cum laude, he worked as a patent attorney for the Silicon Valley-based law firm of Fenwick & West focusing on startups and pre-IPO companies, patents, and general intellectual property protection and counselling.  Mr. Cary returned to Colorado and followed the legal chain of title from U S WEST, to MediaOne, to AT&T Broadband, now Comcast. After a short stint at an e-insurance “bomb” company, Mr. Cary returned to the cable industry at CableLabs. He provides general advice and counsel on a wide range of topics including patents, patent licensing, patent pools, standards, technology policy, complex multi-industry agreements, antitrust, and the laws and regulations governing cable operators in these areas. Mr. Cary is also President of Media Coding Industry Forum (MC-IF), and advises the Immersive Digital Experience Alliance (IDEA). 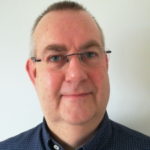 Before Cascoda, Wouter worked as an architect at the IoT office of the CTO at Cisco Systems. In this role Wouter was responsible for the connectivity in the home between set top boxes and their controlling applications. During his tenure at Cisco he moved to the office of the CTO of the IoT BU where he was working on various standards related to IoT, e.g. OCF, Thread.
Wouter started his career at Philips’ Physics Labs, where he worked on simulation applications for cathode ray tubes. Later he migrated to Applied Technologies, working on home network connectivity (UPnP/DLNA). Later he moved to the Television division where he functioned as a technology leader in that field.
In this role Wouter is the main representative of Cascoda in various standards organizations. He currently chairs the OCF Technical Coordination steering committee, aligning specification, implementation and certification work. His many and various contributions in OCF are now standardized in releases of the OCF standard and others. 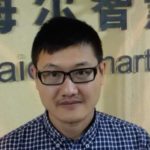 Miao Wang, Ph.D, works with Haier in the area of standards, as the vice director of standard and patent department in Haier group. With professional experience, Miao Wang has been in IOT industry for 10 years and he focuses on the standardization activities management and technology innovation in smart home area.

HanGyu Cho received his B.S., M.S., and Ph.D. degrees in Electrical and Electronic Engineering from Yonsei University, Seoul, Korea, in 1999, 2001, and 2005, respectively. For two years from September 2005, he was with the Wireless Networking and Communications Group (WNCG), The University of Texas at Austin as a post-doctoral research associate. At August 2007, he joined LG Electronics and has worked for 4G Standardization like WiMAX and LTE/LTE-A. From 2012, he has been working for IoT connectivity technologies and standards including Wi-Fi, BT and service platforms. He is now leading a IoT connectivity standard team.